Your Dream Team for Beautiful Smiles and Faces

Your Dream Team for Beautiful Smiles and Faces

Take a moment to find out about our doctors and read about their experience and backgrounds to better acquaint yourself before your visit. We have only the most experienced in the industry to make sure that your dental needs are met to their fullest potential.

Diplomate of the American Board of Periodontology 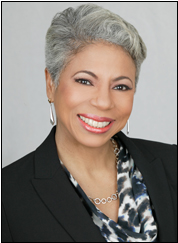 After graduating from Howard University with a B.A. in Zoology, Dr. Yetta G. McCullom earned a Doctor of Dental Surgery degree from the Howard University College of Dentistry in 1985, then served as a general practice resident at the VA hospital in Washington D.C. for one year.  As a working dentist, the first job was practicing with her father in private practice along with being a clinical instructor in the Department of Periodontics at  Howard University. Never giving up on the goal of becoming a periodontist she applied and was accepted into Northwestern University Dental School in Chicago. She received a Master of Science with a Certificate in Periodontics from that institution in 1990. Her next educational goal of becoming a board-certified periodontist was put on the back burner until 2013. With family life a bit less demanding she rolled up her sleeves and studied her specialty intensely again for 3 years passing part one and two of the periodontal board examination.

Since 2008 Dr. Yetta McCullom has done the LANAP (Laser-Assisted New Attachment Procedure) for the treatment of periodontal disease. It’s done for dentistry what LASIK did for eye care. The procedure is less invasive than flap gum surgery without compromising the result of surgical care. Dr. Yetta is so impressed with the technique she became an instructor for the Institute of Advanced Laser Dentistry. This allows her to have a  greater appreciation and understanding of the topic along with doing what she enjoys, teaching dentists how to best treat periodontal diseases.

Dr. McCullom has taken many hours of continuing education credits at the prestigious Misch Implant Institute and the Dawson Center for Dental Education. She has focused on the medical and surgical management of periodontal disease.

Working with her husband blends her family and business together nicely. The three McCullom children are grown and moving on with their lives leaving mom with more time for dental practice. Dr. Yetta is a dog lover. Her beloved “Sunshine” lived for 16 years and passed in 2012. The family now has a feisty Yorkshire Terrier.  At the end of the day coming home to “doggie love” is a wonderful thing even if it’s from a very vocal little dog.  All office visitors enjoy her coral reef aquarium. It has captured the attention of staff and patients. It’s mesmerizing.

Dr. Yetta is motivated by the healthy changes she sees in her patients. Observing the response to periodontal care is observing the miracle of healing. Periodontal therapy is simply helping the body’s own mechanism of healing become successful. 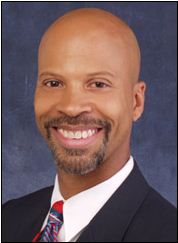 Dr. Cornell McCullom is a graduate of Yale University. He earned his dental degree from Howard University and his medical degree from Northwestern University. Dr. McCullom is a former assistant professor of Oral and Maxillofacial Surgery at Northwestern University and the University of Illinois. He also completed a yearlong general anesthesia fellowship at Cook County Hospital in Chicago. Dr. McCullom is one of only five African-American oral and maxillofacial surgeons in the country with a medical degree. He has extensive experience in implant surgery.

Dr. McCullom has been featured in the Chicago N’Digo newspaper and on ABC News’ “Someone You Should Know.” He has assisted in live videotaped surgeries for continuing education seminars and is in the process of starting his own teaching institute in Chicago.

In addition to being a graduate of the world-renowned Misch International Implant Institute, Dr. McCullom is a member of numerous professional dental organizations. He believes strongly in staying up-to-date with the newest procedures, and does so by regularly attending lectures and continuing education seminars in his field.

Dr. McCullom is a sport enthusiast. He was Captain of the Yale track team in college and continues with his running today. In his spare time, he regularly exercises and coaches youth soccer teams. He also practices Aikido, a Japanese martial art. In 2003, he spent two weeks traveling throughout Japan studying Aikido at a variety of Dojos. Dr. McCullom and his wife, Yetta, have three children: Kristyn, Cornell IV, and Noelle. They all practice Aikido. 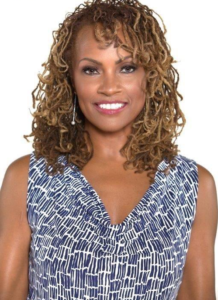 Dr. Robin Ferguson graduated from Augustana College in Illinois with a B.A., and then earned her D.D.S. degree from Marquette University School of Dentistry in Milwaukee, Wisconsin. Most recently, she continued her studies with the Kois Institute, Gordon-Christensen Practical Courses, the world-renowned Misch International Implant Institute, as well as the Dawson Center for Advanced Dental Studies.

She has continued her educational pursuits through teaching. She has led implant workshops at the Chicago Southside Implant Institute from 2006-2007. For nine years, she served on the staff of the University of Chicago Hospitals and Clinics as a clinical associate and an assistant professor for the General Residency Program at the Waiter G. Zoller Memorial Dental Clinic.

Additionally, she has shared her dental expertise beyond the United States. She made her first trip to Senegal, Africa in 1995 and lectured at a symposium on preventative dentistry for children. She also met with Nelson Mandela at his home, along with other government/medical authorities, on the overall health of children in South Africa.  She also lectured on operative dentistry at the African American Summit in Zimbabwe and in St. Thomas in the U.S. Virgin Islands.

She is a member of the Chicago Dental Society, the Illinois Dental Society, the American Dental Association, and the National Dental Association.  She has been recognized as a Top Dentist of Chicago (2015, 2016, and 2018) a Women of Excellence by the Chicago Defender (2012) and has been published in “Voices of Historical and Contemporary Black American Pioneers (2012).”

Dr. Ferguson lives in Chicago. She has two sons, who are both in college; the youngest one is on the pre-med track, studying neuroscience at Washington University in St. Louis, and also plays tennis. Her eldest son is majoring in economics and creative writing, while leading the school’s spoken word & poetry organization.  She has had wonderful blessings and support from a large extended family in all of her endeavors. She looks forward to the holidays when her family gathers to share meals together. In her spare time, she enjoys running, cross-fit training, golfing, and drawing. 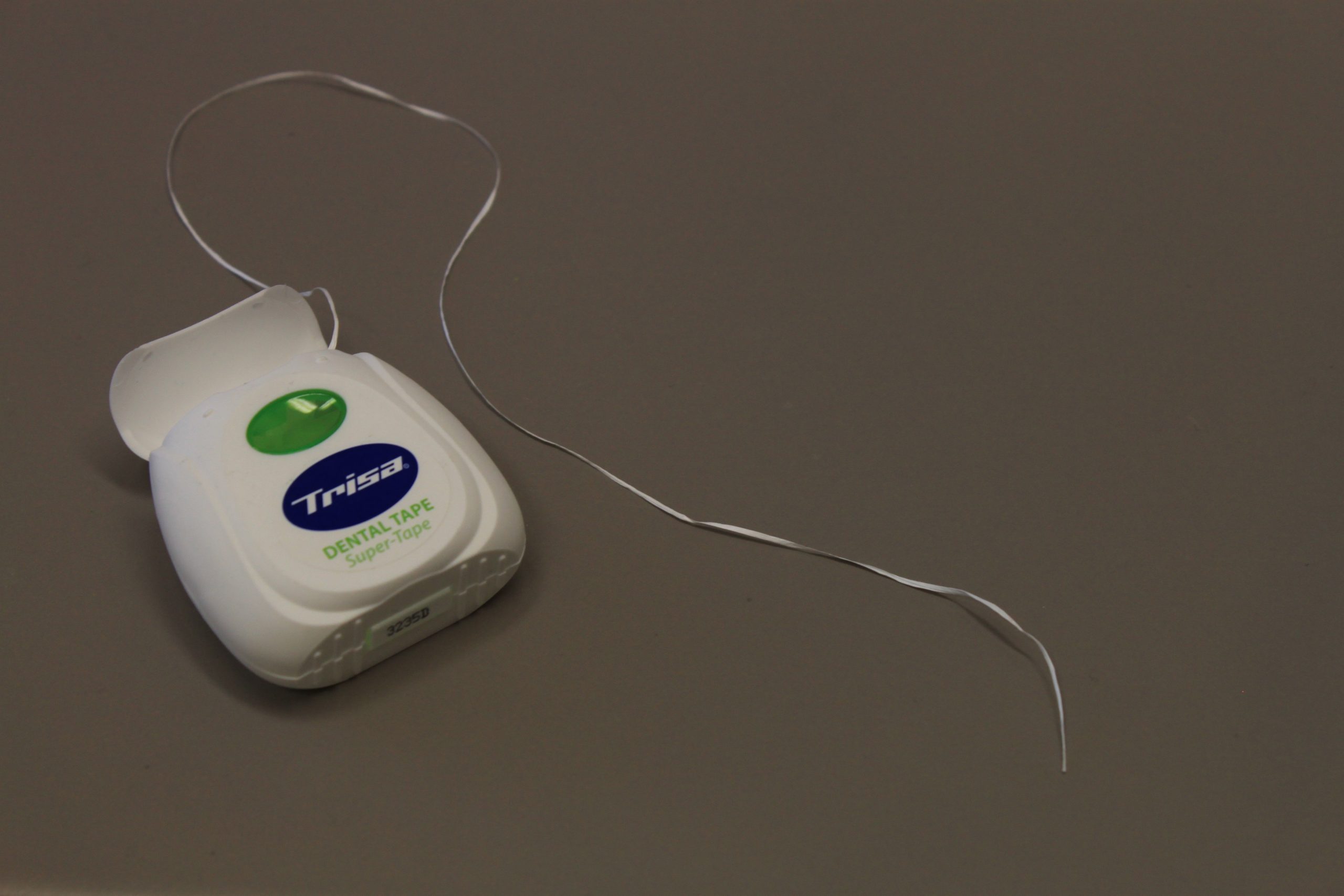 We’ve all been told at least once in our life that flossing daily is crucial. Here are four reasons why flossing may be beneficial for… 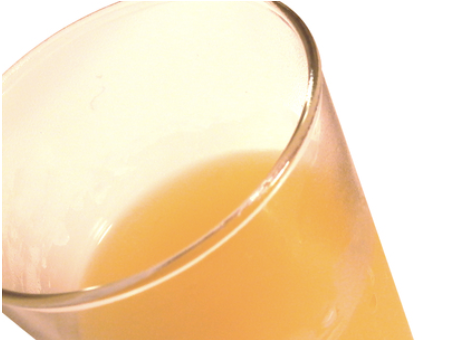 Fruit Juice & Your Teeth: A Message From Your Dentist | Dentist in 60619

Don’t be fooled by the label “100 percent fruit juice.” Drinks advertised in this way might seem like a healthy choice, but these drinks may… 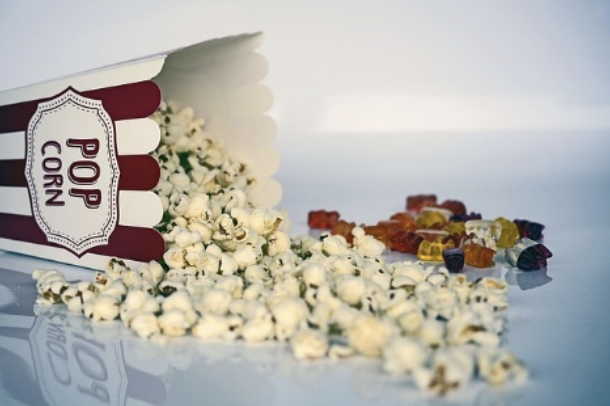 Nearly everyone has at least one habit that they wish they could break. Did you know that some of them can affect your oral health?…